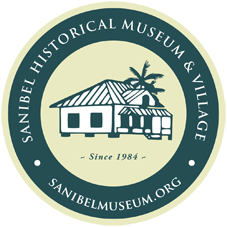 In 1965 the completion of a series of bridges between man made spoiler islands connected Punta Rassa to Sanibel Island changing the future of the islands. Prior to the draw bridge construction, pioneers and visitors had to rely on water transportation to reach the islands.

To roll back the clock and see what life was like "BC" before the causeway, be sure to visit Sanibel's Historic Village and Museum. Here you will find the first island grocery store "Bailey's Package Store. The original location of the Baileys was at the end of Bailey Road on a pier in the water. The only source of gas was round here on the dock as boats were the main mode of transportation. A Ferry service ran to and from the island and was the only means by which locals could drive into town. Following the destruction and prompted by the increase in motor cars on the island, the package store was built on dry land making it easier to pick up items and fill up cars at the pump.

Many of the first homes to be found on Sanibel and Captiva were Sears homes that could be ordered from a catalog and sent by train and barge to be assembled easily once they arrived. Several examples of early pioneer Homes can be found at the Historical Village as well. The include Miss. Charlottes Tea Room and the Rutland homestead. The one room schoolhouse can also be found here as well. During segregation there was another school for black children which has not been relocated and remains on Tarpon Bay Road and is currently Lily's Jewelry Store.

For more information on Sanibel History be sure to visit the Historical Village.

Captiva Island is also rich in history which is being actively preserved and documented by the Captiva Historical Society thru rich displays and Documentary personal accounts.